Episode 282 A Tale of Two Blankets

Listen here or use the Flash Player on this site for current and past episodes. Flash Player is not compatible with Internet Explorer. Try a different browser like Safari. Or jaunt on over to iTunes to find the show there.
Thank you for joining me today.

Knitcircus Yarns specializes in hand-dyed gradients and gradient stripes. We are always exploring new and inventive colorways.  Find at www.knitcircus.com and be sure to join our Ravelry group and listen to our podcast.

Knitting Pipeline is a Craftsy Affiliate. Craftsy offers affordable online classes that are yours forever. When you use the link in the sidebar on my blog before purchasing a class or supplies I receive a small percentage of your purchase at no extra cost to you. Thank you!

Thank you to everyone who has been in touch with me.
I appreciate your five star ratings and reviews on iTunes.
Kathy asked on our board if anyone is going to New Hampshire Sheep and Wool May 13-14. May chatter thread. Meet up?

Last week I asked you about your favorite travel knitting…

PAKnitWit:  I generally like simple, relatively mindless projects for travel knitting -- basically nothing that requires a chart. Socks are great, as are simple shawls or even stockinette sweaters. I can usually manage a large project more easily in the car; for the plane, I tend to stick with small things like socks or hats.

Knitnaround Pat from WI:
I do my charity knitting on road trips. I knit baby hats, sweaters, bibs and blankets for local hospitals. They are usually pretty simple patterns and I use washable yarns, nothing too fancy. I don’t fly much, but when I do, I usually just read as I find it too confining in those seats to knit.

Nature Notes
I adore listening to the birds, even when they awaken me at 5 AM. The house wrens are singing most of the day. We hear the melodious song of the Rose-breasted Grosbeaks that come to our feeders. Tufted Titmouse with their clear whistle…Peter, Peter, Peter! Our Phoebe pair has returned again and is building their nest in the same place under the eave. Of course, the Cardinals are singing and claiming their territories and are out to impress the ladies. We are trying to attract Orioles again. We have seen fleeting glimpses of them in previous years. We bought a new feeder that holds two orange halves and has a small container for grape jelly, favorite foods for these birds with a sweet tooth. Other animals will get into these tasty snacks as well so we take the feeder in at night and hang it out in the morning.

“She turned to the sunlight     And shook her yellow head, And whispered to her neighbor:     "Winter is dead.”  ― A.A. Milne, When We Were Very Young 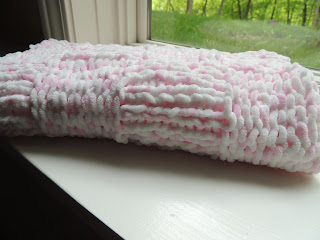 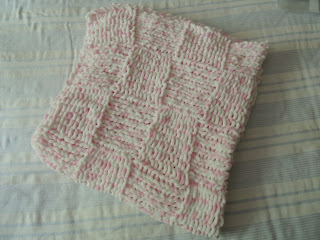 On with the Butter (Áfram með Smjörið)

Have a great week, haste ye back and hold your knitting close.