Q & A
My question on puckering on Modern Baby quilt with straight line quilting.

From Margaret McFeeters
Hi Paula and Gayle, Enjoyed your episode. You are making some lovely quilts. As for the puckering on the line quilting, I have a couple of suggestions. The reason it happens is because the fabrics feed at a different rate. One thing you can do is use a walking foot to quilt those straight lines. The other thing is to put some straight pins perpendicular to where you are doing your lines all along the border. As you come to the pins it sort of eases the fabric in so you don’t have a bunch at the end. That problem is why Pfaff advertises there IDT system because it makes the fabric feed at the same rate top and bottom. Sorry if this is too much info! I love the notebooks. Wish I had done that when I started quilting.

Seashore Sharon
Both of your quilts are so pretty! Glad you have each other to share your ideas with. I also had to make a small tuck in the bag I made this week. I think it’s impossible to have the outer and inner pieces the exact same size!

Jane Klemm said she bought the kit for the felt animals and wants to upgrade the felt to wool felt. Asked for sources.

Hi Jane. Etsy is a good source. I have favorited a shop called Christmas Keepsakes but I don't believe I have ordered from them. Another one I have on my list is Bear Dance Crafts, but again. I haven't ordered from them. Camp Wool in Kennebunk ME and The Quilt Corner in Morton IL both have lots of wool fabric, mostly larger pieces such as fat 8ths and fat quarters. I've purchased from both of these shops in person. I'm sure they would be helpful if you called them.

Clappcats wrote:
Terrific episode. I learned so much. Our first grandchild arrived in April and you both have inspired me with your knitted sweater pattern, pillowcases, quilts and woodland animals. Thank you! One question: the woodland animals look like they are made of scrap wool. Are they? And, if so, how did you keep it from fraying?

Wool felt does not fray easily. You don't really have to worry about that.

Little Doll House wrote:
Those little felt animals are so cute. I would make a wallhanging quilt and place them on with velcro. Children love to play with that.

Tip! Use Blue Painter’s tape on machine to keep seams from flipping. 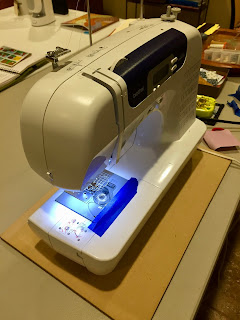 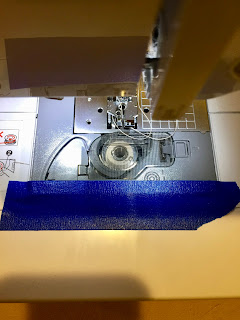 I have a thought about your quilting causing a little pleat when you do straight line quilting. This old garment sewing video at the 2 minute mark shows a trick that I learned in school. It works great on long straight seams such as pant legs. Now it may not work as easily on a quilt but maybe you could incorporate parts of it such as when she holds the fabric tipped up at an angle to ease in the fabric against the feed dogs. https://youtu.be/7zyTaEfo-J0 Garment sewing and piecing aren’t all that different and some garment techniques may help or then again they may not.

This percentage is made up of the urban population of China. The urbanization rate in China is 2.5. According to the data on tourists entering China, 55,686,000 tourists arrive in the country annually. http://www.confiduss.com/en/jurisdictions/china/culture/