In this episode we have Pipeliner Notes, Events, Needle Notes, Blethering Room and a bit of Nature Notes.


Welcome to our newest Pipeliners who have said hello to us on the Welcome thread or to me in a personal message. RamseyQ who is Sherri in CO, smdwire who is Sherry from MN, ijlondon who is ee-joh-mah, Txhoneybee who is Melissa in TX and Lupe 31 in Quebec.


Thank you for your star ratings and reviews on iTunes. Knittnlibrarian on Dec 1.


There will be major changes to this retreat. Nikki, our cook for the past 7 years, moved to Alabama to live near her grandchildren. She decided to move in the summer. Right decision for her, for sure. This means that the whole food situation has to be reworked. Also, the church has a new policy that for security reasons, people cannot stay overnight.


Even thinking about the retreat was getting stressful and I thought of not having it at all. It’s an enormous amount of work and I’m getting started late. Then I considered having a truly bare bones retreat. The original purpose of this retreat was to provide a low-cost retreat that anyone could afford.


I would love to have your feedback. What I am thinking now is that Friday Feb 15 will be the Yarn Crawl Fun Day with knitting that evening at Crossroads. Saturday will be a Knitting with Friends Day and you can go out for food or bring your own.


Arne and Carlos. THE BEST!


Hønsestrik in the 70’s. First letter from Elizabeth Zimmermann to me in March 1977.


I learned to knit in Denmark exactly as they do with one exception: The Norwegian Purl. I can’t recall where I first learned about this way of purling. It may have been on one of Arne and Carlos’ videos on YouTube or on Craftsy.


·        With the Norwegian Purl you do not bring the yarn to the front of the work. The stitch is worked behind and it seems like a lot of motion.


I’ve tried it before and decided to try again. I definitely got the hang of it; however, when knitting on dpn’s I had terrible ladders which I don’t have with the way I purl.


Lisa at Knit Night learned to knit from her Finnish grandmother so apparently the Finns can claim this too. 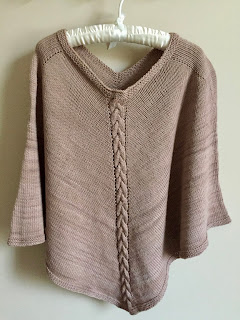 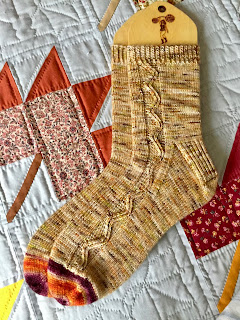 
Toes in Dyabolical self striping. Just for fun. I didn’t have to.


On Sunday, Nov 25th we had our 5th snowfall of the season with more snow 2 days later. The first was on October 14. This is so unusual for us. We don’t usually have snow until around Dec 1. On that Monday I ate lunch with our resident Cooper’s Hawk. You can almost tell when the hawk is nearby because there is so little activity at the feeders. On this day he sat so still on the deck railing for quite a long time but the minute I decided to get my camera for a photoshoot he flew off.


On Saturday Nov 30 we were under a severe weather watch which turned out to be scary in the early evening. Tornadoes were sighted and some touched down southwest of us and were heading our way, just as the big F-4 did a little over 5 years ago. I am not a weather alarmist but having been through a tornado and seeing the damage first hand, you tend to be more cautious. Bronwyn texted me to see if I was aware of the warning. We get a warning when there is a tornado…a watch means there is a possibility. With a warning and tornadoes heading our way, I stayed down in our lower level, watching the weather on television while my husband watched football upstairs. He doesn’t watch a lot of football but there was definitely one of us who was being more cautious than the other. Two hours later the tornadoes had lost their rotation and were downgraded to severe thunderstorms.


During the wild weather we’ve been having with snow, wind, and rain, I’ve been watching a large squirrel’s nest not far from the house. It was larger than most of the nests that dot the upper landscape of the woods. I don’t know how the squirrels build these nests or get into them because they just look like wads of leaves. I do see them carrying leaves to stuff into the messy ball. After each storm the nest has lost leaves and this last one brought most of it down. There is just a small bunch of assorted leaves and twigs to mark where this nest had been. I don’t know if squirrels use the same nests year after year. They seem so carefree that I would expect them to move around freely but I don’t really know.


The bare trees have a beauty of their own We can see al the way down to the creek, which was swollen with the snow and rain of the past few weeks.


Today there are about a dozen or more junco’s feeding in the grass below the feeder. A tufted titmouse just flow to the feeder. It’s been quite out there for a little while so it’s good to see some activity. I saw a Fox Sparrow, the largest of the sparrows here. There are probably more as they usually are in flocks.


I have a book to share with the naturalists out there. If you have a friend or family member who enjoys observing nature, this would be a wonderful gift.


The Naturalist’s Notebook: An Observation Guide and 5-year calendar-journal. for tracking changes in the natural world around you. Nathanial Wheelwright and Bernd Heinrich. October 2017. Story Publishing.


First half of book is how to be a better observer of nature.


Second half of book is a 5 year calendar so you can track changes such as the first snowfall or the arrival of hummingbirds in the spring. 5 year format allows you to see from year to year.


A wind has blown the rain away and blown the sky away and all the leaves away, and the trees stand. I think, I too, have known autumn too long. e. e. cummings
Read more at: https://www.brainyquote.com/quotes/e_e_cummings_156801?src=t_trees


She is cherylbeckerich on Ravelry


Drawing for The Craft Beer Collection in the Knitting Pipeline Group on Ravelry.


Dust of Snow by CuriousHandmade with my DIY Advent Calendar from Eagle Crest Retreat. 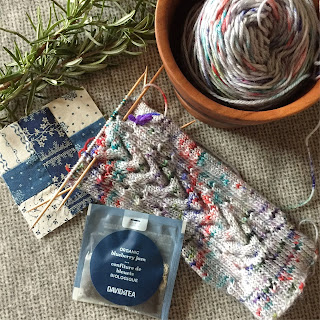 Schengen country - in that sense it is very close to the general immigration policy of the European Union (the United Kingdom and Ireland are part of their own separate agreement called (and therefore the Schengen rule is not there apply (although they are both part of the European Union (it should also be noted that the Schengen area also includes non-EU countries). https://www.immigration-residency.eu/real-estate/