Episode 321 A Look Back and a Meet-up


Listen here or use the Flash Player on this site for current and past episodes. Flash Player is not compatible with Internet Explorer. Try a different browser like Safari. Or jaunt on over to iTunes to find the show there.


In this episode we have Pipeliner Notes, Events, Needle Notes, Blethering Room where I will share some of the talk from Madison, and a bit of Nature Notes.


Welcome to our newest Pipeliners who have said hello to us on the Welcome thread or to me in a personal message. Kamonson who is Kathy in Madison, flatlandknitter who is Carla in CT, Pambaknj, knitting-travels who is Shelly from MA and Mission TX, AmyRknits who is Amy in Madison, Kristinallavenia who is Kristina in OH.


Posted in The Knitting Pipeline Retreat Group by JanMarieKnits: 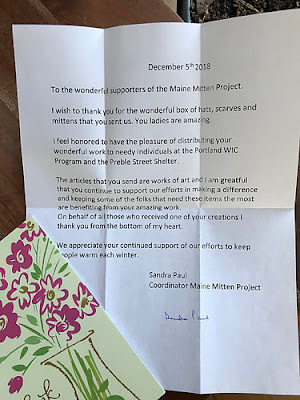 
Hi Paula, I have been listening to your podcast for a couple years, met you at Rhinebeck two years ago and just realized I had not joined your group. How did I miss that?? Anyway, I live in Northampton, Massachusetts, and travel with my husband to the Rio Grande Valley of Texas in an RV for the winter months. We are avid birders, and nature lovers in general, so the RGV is a perfect winter spot for us. I think you mentioned Mother West Wind in a recent podcast (I hope it was your podcast) and I wanted to comment on that, which is how I realized I was not a member of the group. Old Mother West Wind stories were favorites of ours growing up. Thornton Burgess spent his later years in Hampden, MA. My husband grew up on the next property over (on Laughing Brook) and remembers Thornton and the property, which later became a Massachusetts Audubon property. My mom still has the old wooden puzzles of Burgess characters. We RV volunteered for many years and spent one summer working with the Thornton Burgess Society in Sandwich, MA. Anyway… you raised some nice memories. Hoping to make it to one of your retreats at some point. They all sound like so much fun. Shelley


Meet Up in Raleigh NC area with Greg and Pam of the Unraveling Podcast.


Thank you for feedback on the February Retreat. Registration will be coming out in early January.


Drawing for The Craft Beer Collection. Thank you, Cheryl!


I’m not a beer fan, but I could easily become a fan of the Zwan Wrap! I have some of my Handspun Alpaca that just might work.
I knit Cheryl’s Side to Side Shrug a few years ago and really enjoyed the knitting and wearing! I admired my sister’s shrug and she gifted me the kit. 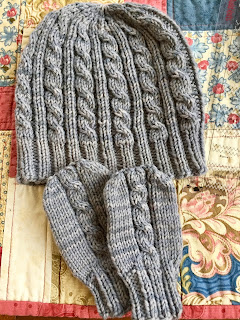 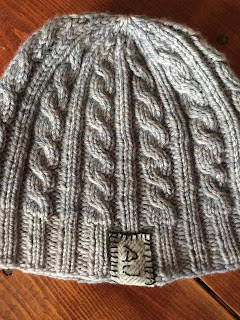 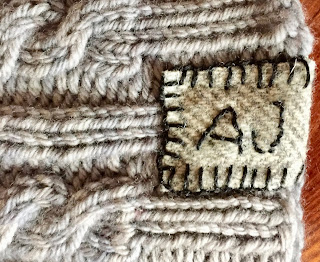 
Nature Notes are brief today. On our drive up to Wisconsin we saw the most beautiful landscape. Frost had frozen on every blade, leaf, twig, branch making a furry white landscape. I’ve learned this is called freezing fog. The roads were fine due to the traffic. (There is also something called ice fog but this only occurs when the temperature falls below 14F.) The beauty went on for several miles and suddenly it was gone. I was so mesmerized that I didn’t even try to take a photo!


We had some trees removed from our woods on Saturday.


This is a portion of my talk at the Madison Knitters’ Guild December 10, 2018 meeting.


#47 The Day a Knight Came to Dinner. (2011) I met Willie and Jose McVean through the pipe band while they were visiting friends here. Willie was the pipe major of Dutch Pipes and Drums for many years and was knighted. In 2012 six of us pipers from Celtic Cross were invited to play with Dutch Pipes and Drums at the National Tattoo of the Netherlands in Rotterdam. These were experiences I share with the listeners who by then are called Pipeliners.

#27 January 7 2011 Knitting is my Passion. Most downloaded show probably because Susan B Anderson mentioned me on her blog. Maybe passionate knitters could relate to the title. Bald Eagles are featured in Nature Notes and I tell a story. I had recently knitted Citron by Hillary Smith Callis and I added a scalloped border with beads. I was telling some non-knitting folks how long it had taken to do the bind off and one of them said, “Get a life!” My friend, Mary, said, “She has a life and it is knitting!”


#33 Of Lice and Men, a themed episode with Norwegian Knitting…the Lice Jacket, Robert Burns poem “To a Louse” and Robert Frost’s poem “A Considerable Speck.


#35 Comfort Knitting: What is your comfort knitting. It varied from very simple to complex. People loved this episode and the ones following it where I share what others had written in.  I believe “Hold your knitting close” came about after this episode.

#43 Owls: Mystical, Magical, and Knittable. I talked about owls in nature, literature, art, poetry, and of course, knitting. 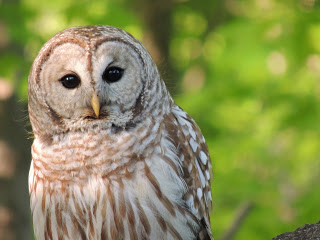 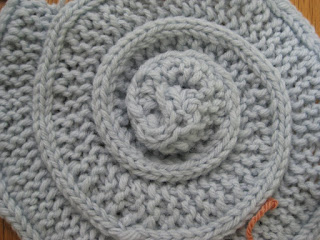 Knit One Knit All


My husband was a guest for the first time on the show and he explained Fibonnaci Sequence, which I first heard about through Elizabeth Zimmermann and the Golden Mean. 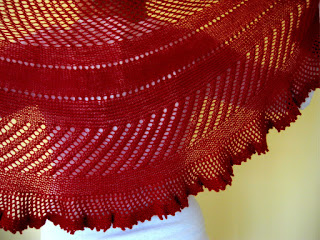 
Thank God I have the seeing eye, that is to say, as I lie in bed I can walk step by step on the fells and rough land seeing every stone and flower and patch of bog and cotton pass where my old legs will never take me again.


100 year anniversary of the death of the last passenger pigeon on September 1, 1914. Her name was Martha, age 29, and she was living in the Cleveland Zoo.


I became a little bit obsessed with the story of the Passenger pigeon because no one dreamed that a species as numerous as the passenger pigeon was in the 18th and 19th centuries could become extinct…and yet it happened over a fairly short period of time.


Here is where my knitting world and my nature world collided:
The last confirmed wild Passenger Pigeon in Wisconsin was shot in September 1899 near Babcock WI. The bird was mixed in with some Mourning Doves and it was only after it was killed that a man recognized it as a young Passenger Pigeon.


Babcock, WI was the home of Elizabeth and Arnold Zimmermann. (They had nothing to do with this.) Some of you may have ordered wool and books from her at that address. There is a monument there with a plaque that was dedicated in 1947. The conservationist Aldo Leopold wrote “On a Monument to a Pigeon” to dedicate this memorial which is considered the first monument to an extinct species. The essay was published in a Sand County Almanac after his death in 1948, just one year later.


The Kitchen House by Kathleen Grissom


Always a night from old to new!


Night and the healing balm of sleep!


Morn of a festival to keep.


All nights are sacred nights to make


Confession and resolve and prayer;


All days are sacred days to wake


New gladness in the sunny air.


Only a night from old to new;


Only a sleep from night to morn.


The new is but the old come true;


Many thanks for supporting the show in 2018! I appreciate each one of you. I hope you have a wonderful holiday and New Year!
Posted by Paula at 6:43 PM

Omg I Finally Got Helped  !! I'm so excited right now, I just have to share my testimony on this Forum.. The feeling of being loved takes away so much burden from our shoulders. I had all this but I made a big mistake when I cheated on my wife with another woman  and my wife left me for over 4 months after she found out..  I was lonely, sad and devastated. Luckily I was directed to a very powerful spell caster Dr Emu who helped me cast a spell of reconciliation on our Relationship and he brought back my wife and now she loves me far more than ever.. I'm so happy with life now. Thank you so much Dr Emu, kindly Contact  Dr Emu Today and get any kind of help you want.. Via Email emutemple@gmail.com or Call/WhatsApp +2347012841542